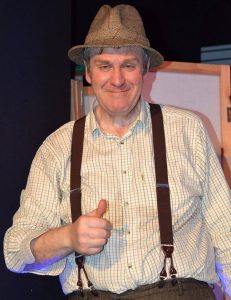 The leader. The ring-master. The bloke at the front. Mr Tweed himself. Frequently with a very cavalier attitude towards the set-list, Paul sings the words while the other guys make the noises. 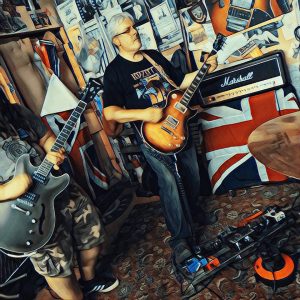 The youngest but yet oldest member of the band, Doug joined us in late 2017 to bolster the guitar section – now that Mick has reclaimed his drumming throne. Hailing from Tow Law, where he often tells us they all have the same shaped head, Doug likes to wind down and relax by going to work. Wrestling with inmates at Deerbolt. Sounds joyful. Without doubt the loudest member of the band (…even without an amplifier), Doug’s guitaring past is vast and wide. Almost as vast and wide as the fabled ‘Talent Booster’ Doug sits at his feet whilst playing, a modified Ikea shelf which houses many boxes with cables and lights. Doug stamps on these & noises happen. Pure voodoo magic I tell you. 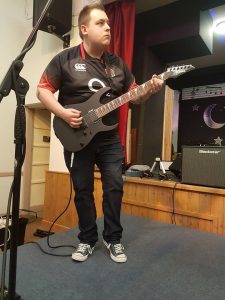 The six-string skimmer. Having played for numerous years to an audience of 1 in his bedroom, to the dismay of his neighbours, this is Kristian’s first foray into live music. He cut his teeth being the bloke who carried the gear for now-defunct local band ‘The Evacuation’ through his teenage years. Sick of being in-front of the stage, he has now decided to be the man on it. You’d think he was writing this bio but my word he knows his way around a fretboard. Once a rough & ready doorman, Kristian now spends his time as a much more timid IT technician, amateur photographer & general tech-head. 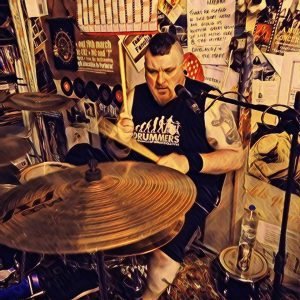 The drummer, once the guitarist, the lad can sing too, there’s also a rumour he’s quite handy with a harmonica. Clever sod. Can be found when not on stage, rolling around with sweaty men in lycra. He’s not a fetishist, we don’t think anyway, but an amateur wrestler.

Financial disputes to be taken up with Mick directly. Nothing to do with the fact he’s a 6ft+ wrestler, but if he shouts “GET THE TABLES”, you’re in bother. 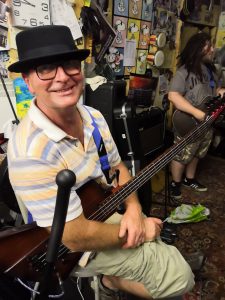 Last, but by absolutely no means least, we have the nicest man in the world – Crispin. Yes, we have a Crispin & a Kristian in the band. Practices can be a f*cking nightmare. Having the great luxury of living in the same village as Paul, Crispin has the luxury of being able to walk to practice & drink many beers, if he wants. We are not jealous. Can’t say where he works, for advertising reasons, but I can say that he loves carpets him. Crispin swooped into bass duties in mid-2017 & has kept he rhythm section moving ever since. 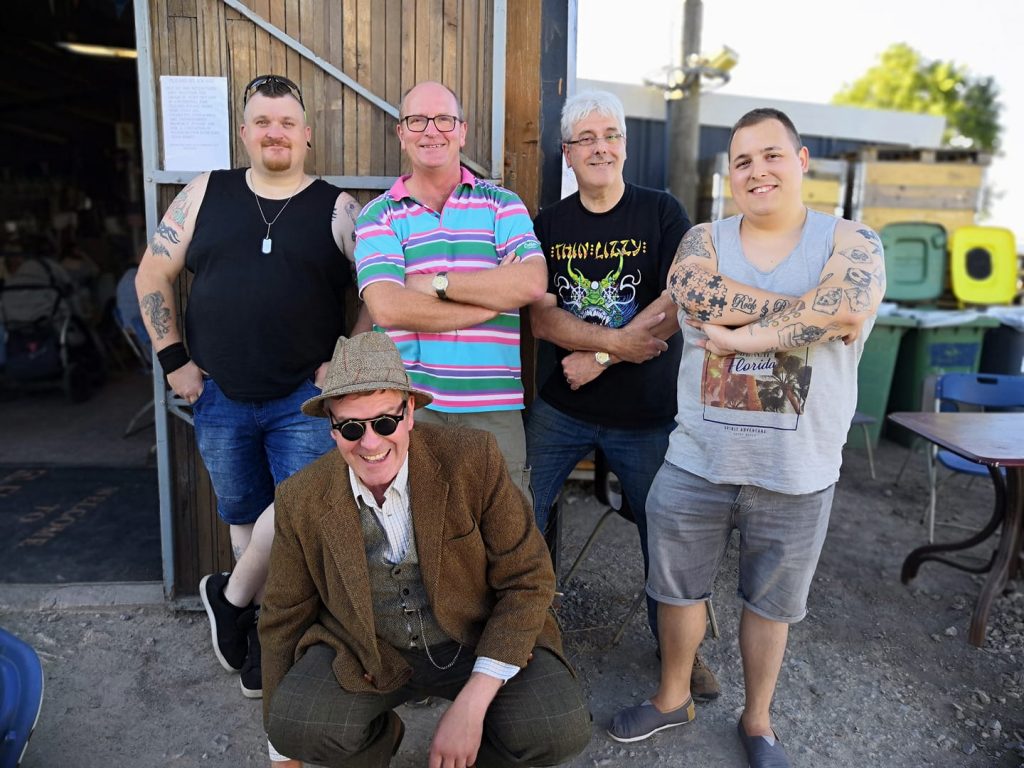